Millions Recovered For Clients
Contact Us for A FREE Consultation 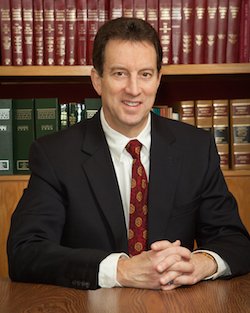 Michael P. Foley, Jr. graduated from the University of Connecticut and Suffolk University Law School. Mr. Foley was admitted to the Connecticut bar in 1981 and has developed a solid basis of trial experience over many years of practice, including both court and jury trials. Mr. Foley's practice is devoted primarily to plaintiffs personal injury work, including automobile accidents, premises liability, legal malpractice, medical malpractice, negligent security, construction accidents and products liability, among other cases. Mr. Foley also represents injured employees in workers' compensation claims. Mr. Foley has achieved success in numerous cases including a recent case involving an engineer who was injured by a runaway high rail crane while working on a flat bed high rail vehicle in Queens, New York, which resulted in an $8,000,000.00 settlement and a recent arbitration award of 3,825,450 million for a 27 year old man who was injured while descending stairs that collapsed at work*. Mr. Foley has also successfully argued appeals before the Connecticut Appellate Court.

Mr. Foley has been involved in numerous civic and charitable activities in his community and has coached several youth basketball, baseball and soccer teams in Cheshire.

* Prior results do not guarantee a similar outcome.

Contact Us
Practice Areas
Client Reviews
★★★★★
Attorney Foley spent 8 long years as my lawyer, during that time he was my advocate, my friend, and above all an amazing lawyer. I wanted to write this review because in most cases lawyers are concerned with their payday, but not Michael Foley, though he was able to get me an amazing settlement, he became like part of my family, truly advocating for the best medical care during the long process. MIchael is an absolute Bulldog when it comes to protecting his clients, if you need someone in your corner, who won’t ever give up on your case, and actually listens to your needs, then look no further.. Chad Cilfone
★★★★★
Michael Foley is awesome. I have now done three cases with him. He is still working on two. He is so good to my husband and I. We will always use him. We have known him since 2002 he is like family to us. Liz Boucher
View More
Submit a Law Firm Client Review